Welcome. If you happen to have come across this site because you’re newly diagnosed or an old veteran when it comes to Hereditary Neuropathy with Liability to Pressure Palsies (HNPP), I’m glad you’ve made it.

HNPP is a genetic nerve disorder, similar to Multiple Sclerosis and Charcot Marie-Tooth Disorder in terms of symptoms, but it affects the peripheral nerves instead of the brain and the spine. It’s also hereditary, so there’s a big, fat chance someone in your near or distant family also has it. 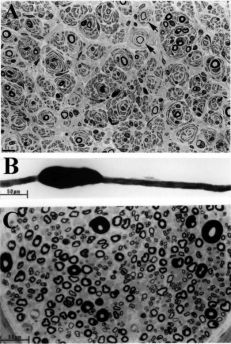 It’s the defect and deletion of one of the PMP-22 genes, where everyone usually has two. So when you move or lean in certain ways, it can leave the nerve damaged for much longer than usual and can grow back incorrectly.

The symptoms can consist of tingling and numbness to loss of mobility of your hands and legs. It’s different for everyone, and given that only 2-5 out of 100,000 have been diagnosed with it, there’s very little resources and research out there.

I am a 30-year-old HNPP sufferer, with mostly hand disabilities, attempting to find new ways, and compiling holistic advice for others with the condition. Most of this will be based on tried and tested methods but feel free to add your input whenever you can!

DISCLAIMER: I am not an expert, everything written is based on personal and other’s testimonies, available journals and research.

I happened to be at yoga retreat this year when I discovered something strange. Mainly that I had completely lost the use of my hands after one day. A week later I had no grip but only tremors. Months later, I still have the casts and am on a ridiculous amount of pain medication, but I’ve found some ways where I’ve continued my life – with modifications of course.

But the best thing I found was the networks of other people helping each other, mostly because there are no others who understand the condition, just a handful of neurologists around the world. So I hope by speaking to you all, we can share some of the insight all around and make sure we’re being acknowledged by at least one another.

Appearance on BBC News on January 31st 2019, regarding HNPP and the shortage of medicine: