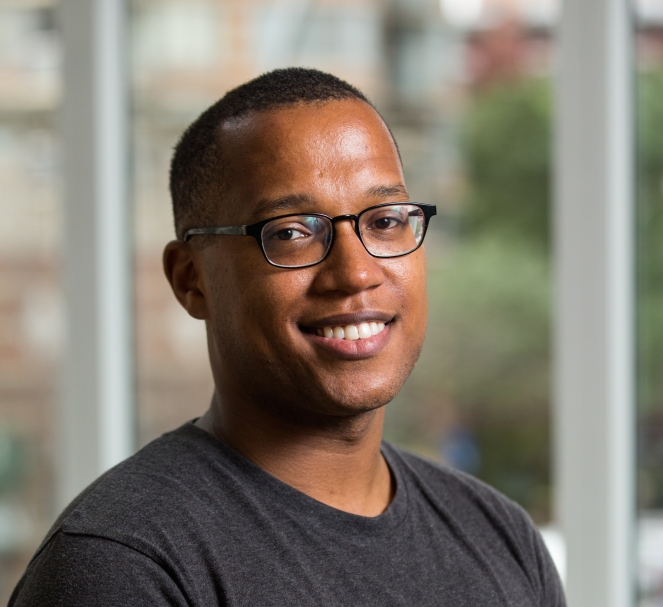 “You’ve just got to make it work for you”, says award-winning American playwright Branden Jacob-Jenkins about living with the condition hereditary neuropathy with liability to pressure palsies.

Jacob-Jenkins, who hails from New York City, is no stranger to the public eye. The 35-year-old playwright is already a two-time finalist for the Pulitzer Prize, and a 2016 MacArthur fellow, having toured the world with his renowned adaptations. But less known is the fact that while achieving huge success in the theatre world, winning both the Windham–Campbell Literature Prize and PEN/Laura Pels Award in 2016, Jacob-Jenkins battles with migraines associated with HNPP.

“I think [HNPP] has influenced a lot about the way I think about my relationships with my body, which has only enhanced or runs alongside the way that being a black male already does that.”

“I live with visual auras pretty frequently, and that is a really significant issue”, says the writer, who has recently joined the faculty of the University of Texas’ MFA playwriting program.

The rare genetic nerve condition can present an array of symptoms ranging from chronic pain to fatigue, varying from one person to another.

Speaking to him in London last year, during his sellout run of An Octoroon at the National Theatre, Jacob-Jenkins mentioned that his frequent migraines began soon after being diagnosed with the condition at the age of 19.

He says: “It was crazy, there’s just a period of not-knowing that is so frightening. The worst part was that people thought it was a brain tumour, I had so many scans done.”

Jacob-Jenkins has subsequently had two surgeries on both his ulnar nerves to rectify some of the more extreme symptoms that he initially experienced.

“The first major symptom was I woke up one morning and I could not lift my left arm, which meant there was some sort of major palsy happening […] And in that original diagnosis, I realised that the numbness I had been feeling in my fingers [when younger] was due to this. I remember having no feeling in my pinky finger. And it wasn’t until that doctor said that this is probably related that I realised.”

The playwright, who was born in Washington DC, speaks about the uncertainty that came with his original diagnosis, and the fact that it took months to pinpoint. He says he was baffled by what this implied: “What do you mean I have HNPP, what does that mean? I couldn’t Google it. This did not tell me anything. All I know is that my arm can’t move and they would give me carpal tunnel exercises that would make it worse and it was just really difficult.”

“Here was a moment where a total lack of information about the disease was having an actual repercussion on me socially.”

While he describes his primary reaction as “traumatising”, Jacob-Jenkins, who has a major in Anthropology from Princeton University, says it may have inadvertently helped him develop his theatrical style. “I think it has influenced a lot about the way I think about my relationships with my body which has only enhanced or runs alongside the way that being a black male already does that […] Weirdly, almost every play of mine is obsessed with asking actors to use their bodies in different and stranger ways. They are either changing character over the course of the piece or they are negotiating it as an obstacle in terms of telling a story. I think that’s totally, weirdly related to my experience with this disease.”

This is certainly highlighted in An Octoroon, a radical adaptation of Dion Boucicault’s 1860’s play The Octoroon, in which the actors adopt blackface and whiteface in this version, while Jacob-Jenkins emphasises the politics of actual bodies onstage as conduits for meaning or emotional value that have changed over time.

“I’m always observing my body removed and I’m always thinking about the limitations in a way that I don’t think a lot of people do, so I do think that oddly it has some deep level that has affected my aesthetic impulses in a funny way.”

The writer first spoke about his condition publicly in a New York Times article, in which journalist Alex Witchel describes the “shocking news of his health”. However, Jacob-Jenkins appears to take it on the chin: “They think you’re dying of a degenerative disease […]  So me in this article, appears as if I’m stoic in the face of impending doom. It was also the first time I realised that I manage it fine but suddenly everyone knew I had this thing.”

“It’s about self-education and the fact that my nerve health is going to degenerate, that’s the definition of the disease, but you can take preventative steps to try and slow the process down.”

He adds: “And here was a moment where a total lack of information about the disease was having an actual repercussion on me socially.”

Despite the impact of revealing his condition, he says he has the support of his partner who he married last year. “I have my partner. But it would be nice to know more people who have this. I like my neurologists a lot and I have my friends. Right now, I’m fortunate enough to be able to walk around by myself. In a way I know the hardest is yet to come so I’m trying to enjoy what I have today.”

Regularly seeing neurologist Bridget Carey at the Weill Cornell Medicine in New York has aided Jacob-Jenkins with managing the condition. “Having someone being able to monitor this thing and coming to a conclusion about that just feels so good. You just have to own it, and stay vigilant about it.”

“Right now, I’m fortunate enough to be able to walk around by myself. In a way I know the hardest is yet to come so I’m trying to enjoy what I have today.”

The playwright says he maintains a balanced lifestyle with his “low-impact job”: “Supplements are a huge part of my diet, so Vitamins D and K , Magnesium – these things are really important and I do think they help […]  You don’t have to go to a gym and pull weights but actually you can work at flexibility and strength in small ways and it still makes in the long term a big difference. Just modify! Physically I don’t think of myself as ill. I have an illness, but I’m not an ill person […]  But in terms of work, I’m a very lucky person.”

“Physically I don’t think of myself as ill. I have an illness, but I’m not an ill person.”

“I’m never going to stop working in my life. And it could have been much worse. I still have to live my life, and the body is quite resilient in spite of itself so you’re going to bounce back.”

His final word on the matter? “It’s about self-education and the fact that my nerve health is going to degenerate, that’s the definition of the disease, but you can take preventative steps to try and slow the process down.”